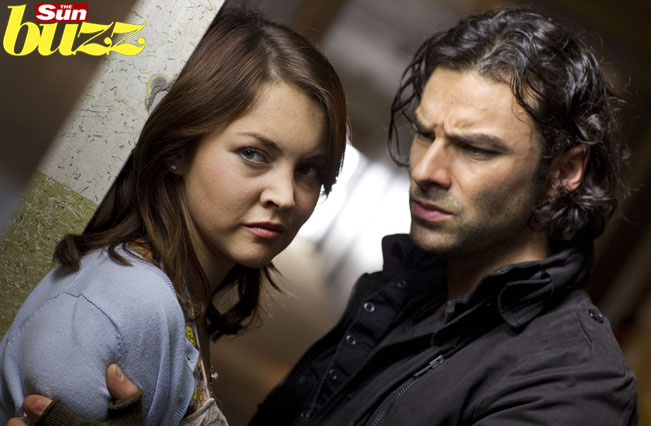 So the weekend is here and that means that Season 3 is only a couple of days away for us folks in the UK.

So to get you in the mood the generous folks over at The Sun Buzz Magazine shared the following quotes from the cast, and guest star of the show Lacey Turner, previously of EastEnders fame, with us to share with you…

Annie [What can we expect for Annie this series] “Annie finds love.  I must say I didn’t see it coming, but the rest of the cast saw it a mile off.”

[What was it like filming in Wales for the first time?] “There was a rumour the set was haunted.  I still wonder if there were crew members who I saw that nobody else did.”

Mitchell [Is there any romance on the cards for him?] “In the first episode, Mitchell meets a host called Lia [played by guest star Lacey Turner].  She helps him find Annie, who’s in purgatory.  After he saves her, Annie sees Mitchell as her knight in shining armour.”

George [What’s it like getting into werewolf mode?] “The worst bit is the contact lenses.  It’s like putting dustbin lids on your eyes.  I also find hairy glue on the back of my neck a week later.”

Nina [Did you enjoy working with this series’ guest stars?] “Yes, especially Robson Green.  He was my first TV crush.  When I met him in the make-up truck during filming, I got all hot and bothered.”

Lacey Turner […there’s trouble when ex-EastEnder Lacey Turner pops up as a ghost, and delivers a devastating prophecy that threatens to tear the four friends apart forever].  “This was my first job since EastEnders…I had most of my scenes with Aidan Turner and he was fantastic.”